1950: thirteen members.
1951: L.A.C. badge designed. Mr. E. H. Hawksley sets British national record for a St. George round with a score of 489. 26 members.
1952: club coach elected Mr Ernest Handcock.
1953: club tassel designed and registered, green and red quartered with silver cord. 23 members. Southport Archers invite clubs to shoot the Frost-Bite round, adopted by the British Archer magazine, and still shot for as a monthly postal match during November to March.
1954: Robb Wilton cup instituted for Gents championship, to honour their president, purchased by the membership. Robb Wilton was a renowned comedian of music hall, radio and screen. He was a regular at the Black Bull pub, Gateacre, which the club used as their ‘gathering place’ and at which they shot indoors over the winter, and used the gardens for short range shooting during the summer. The Landlord was a Mr George Formby, (not the ukulele player) who donated a shield which the club still shoots for. Liverpool Arrow donated to M.A.A.
1955: York round selected as the Gents championship round.
1956: fees £1-10s.p.a. (£1.50p).
1957: Grounds moved to University fields at Wyndcote, Mossley Hill. Robb Wilton dies, new president Mr James Pownall C.C.
1958: Rodney James Fleming (Jim), sets British national record for a Windsor round 108-858-61, and Short Western 95-763-58.
1959: Ground move to Oak Farm, Springwood Avenue, Allerton. Jim Fleming awarded the Worshipful Company of Bowyers medal.
1960: ground move to Mossley Hill Athletic Club.
1961: Jim Fleming, shoots for British Team, team 2nd individual 8th. Bill Wales wins the Scorton Arrow. The Scorton is the oldest competed for sporting trophy in the country, 1673.
1962: fees £2-10-0.p.a.
1963​: fees held at £2-10-0.p.a.
1964: a beginner’s bow purchased.
1965: due to ongoing problems, new members were to be informed that they are under ‘an obligation’ to assist in the putting out, taking in and maintenance of equipment.
1966: two members qualify as ‘instructors’. Ron Sheil wins the Scorton Arrow. An error on the part of the previous year’s winner, in not retuning the Arrow to the meeting, led to a decision that in future the Arrow must ‘remain in Yorkshire’.
1967: members objected to the proposed increase in national fees by the G.N.A.S. in an attempt to cover the envisaged cost of their ‘two year crash programme’. There had been a depletion in membership following the paraplegic members joining a specialised club for their needs.
1968: a complaint received from Southport relating to the length of grass on our shooting area.
1969: vandals break into the storage room and cause damage. Balance sheet down to £8-3-10d. Mossley Hill Athletic Club start a ‘pavilion fund’.

1970: further vandalism to the club. A depletion in members.
1971: fire in club room, and all equipment stolen.
1972: M.H.A.C. introduce 'nominated and seconded proposed' membership forms.
1973: indoor venue secured at Vernon Sangster Sports Hall, Everton.
1974; M.H.A.C. requests that L.A.C. drop its name and become a section of  the main club, due to the head lease requiring that the ground cannot be sublet. This also required the club to inform Mr James Pownall C.C. that he could no longer be their president, as M.H.A.C. could not have two separate presidents. A design for the M.H.A.C. badge was requested by the club, the submitted designs were over ruled the club chairman in favour of a design he had produced, (a knight with sword). It was indicated that if the section wanted their own design they could! (The section design was of a roundel containing five floret rings, bound by an endless rope and having a target in the top most ring)
1975: hosts the Merseyside Archery Association annual championships. Mrs. J. Worthington, the wife of the M.H.A.C. chairman is invited to be ‘lady paramount’. Rod Lyons makes his first longbow.
1976: membership 29. A new trophy is donated by Mr Ralph Goldman to replace the displaced Pownall Rose Bowl.
1977: Ron Sheil dies.
1978: depletion of members due to loss of juniors drifting into university and work life. Five members obtain ‘instructors’ certificates.
1979: Membership 29. 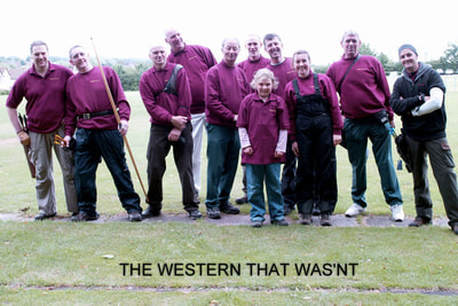 2010: initial plans for bowling green rejected.
2011: new lease signed by the city Council for 25 year period. John Woollam wins the English Field Archery Bare-Bow championship, and the Northern Counties title.
2012: John Woollam sets three Lancashire Bare-Bow field records, 24 Un-marked, 307, 24 Marked, 280, and 24 Combo, 562. Mark Murphy qualifies as level 2 coach.
2013: an EGM was held regarding the renewed interest in Stonehouse playing fields. There were takers to move home but too few offers of help set up the move or under take the work involved. The main club chairman expressed his appreciation that the section were not going to move. John Woollam sets two Lancashire Bare-Bow field records, 24 Mixed, 554, and 24 Mixed Double, 554
2014: John Woollam sets a Lancashire Bare-Bow indoor record, Stafford, 620.
2015: John Woollam sets a Lancashire Bare-Bow indoor record, FITA 25, 514.  Mr Rob Monaghan registered as a Level 1 coach.
2016: membership 50. Fees £90 senior and £ 25 junior. Pressure put on shooting line capacity.
2017:Archery GB, requires grounds to be ‘registered’. Two new level one coaches registered Mrs Dianne Sorensen and Mr Aaron Cunliffe. 47 members, 37 senior and 11 juniors.
2018: A year spent consolidating the membership and saw the introduction of a student membership. The Strawberry Shoot was reintroduced in to the shooting calendar.
2019: ​Continuing consolidation of the membership, 52 members including our additional catergory of 'student and affiliated elsewhere'. AGB relaxed the code of practice to allow solo shooting, which the section has adopted with the use of additional signage, signed undertakings and instructions to key holding members as to it's operation and safty code. Mark Murphy qualifies as a county judge, Mark Halliday wins the Lancashire clout championships, John Darroch reaches the shoot off stages of the All British Wheelchair Championships. New and novice members were introduced to roving marks archery at Boreatton park. 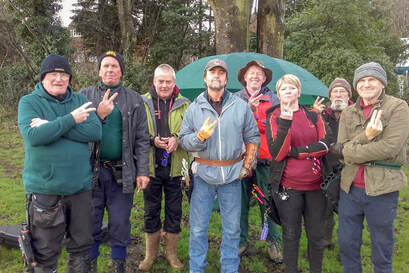 2020: The year of the global Covid-19 pandemic, with the country and archery in virtual lockdown. With access to the field severely restricted and all competitions cancelled, no competitive shooting was undertaken by any of the membership. The UK said goodbye to Europe.